Last Summer, after a delay of mere 38 years, I finally acquired my first Commodore VIC-20, or VC 20 as it was called in Germany. Not all parts of the machine are in their original state as the connoisseur will notice on first sight. I don’t care too much about that because I didn’t want it as a collector’s item but as a technical gadget to play around with. 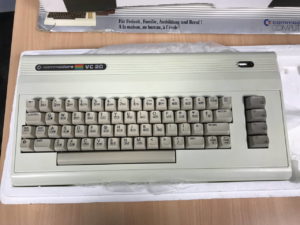 My first VIC-20, freshly supplied with a donor keyboard.

First thing I had to do to even test the machine was to make a new video cable to connect it to a monitor. The pin-out of the A/V jack differs from that of the C64: there is a Vcc output where the luminance signal should be and there is no S-Video output. 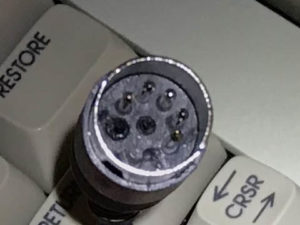 Video connector modified for the VIC-20

When I had finished the cable and hooked up the VIC-20 to the composite input of my small flat-screen TV, I was shocked. Knowing the composite video from my C64, I hadn’t expected too much from the video quality. But the picture that greeted me was far worse than I had feared. The Basic prompt was just barely recognizable. It was actually hard to capture on photo how bad it really was. For some reason, most of the photos look even better than the real thing.

I asked for advice on Forum64 and learned that the video quality of the VIC is generally below that of the VIC-II and also that it tends to vary between individual machines. The only way to improve quality seemed to be modifying the VIC-20 for S-Video output, losing the composite signal in the process. 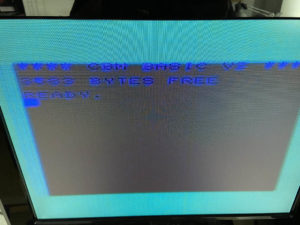 My first impression of the VIC-20 video quality

At that point I wasn’t quite ready to permanently modify my VIC-20 and fancied an adapter board between the VIC chip and it’s socket that would satisfy all of the following requirements: 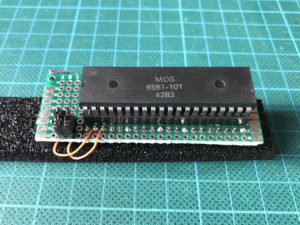 Unfortunately, even after quite some time of thinking about this I couldn’t come up with a way to fully satisfy all of the above criteria. On top of that, another factor eroded my motivation for this project: I knew the difference in quality between composite and S-Video from my C64, and while it is still considerable on that machine, the same level of improvement applied to the VIC-20 would probably still not result in a video signal I’d find usable. Oh, how wrong I was.

All of this lead to my VIC-20 just lying around for 7 months and gathering dust in a corner of my workshop. A few weeks ago, I finally acknowledged that I would not build my “perfect adapter board” anytime soon. The only realistic way to get the VIC-20 into a usable condition would be to modify the mainboard after all. 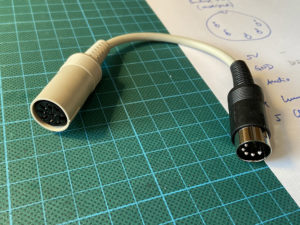 So, I set out and followed these instructions that would remove the composite signal from the video jack and replace it with luma (Y) on pin 4 and chroma (C) on pin 5. The hardest part for me was cutting those two traces on the old PCB. It almost caused me physical pain when I did. But to cut this long story short: when I connected the modified board using the newly created adapter cable I was simply blown away by the result!

Basic prompt before and after the mod

Menu of the Final Expansion 3 before and after the mod

Again, it was surprisingly hard to properly capture the difference with a camera. The video quality went from “damn-near-unusable” straight to “crisp-and-clear”. The difference was orders of magnitude beyond anything I had seen on a C64 when switching to S-Video.

I still feel some regret that I had to modify the mainboard to achieve this and I would sill love to see a video jack fully compatible to the C64 with an improved composite signal. For me tough, this mod was totally worth it.

Meanwhile, Kinzi has resumed work on an adapter board where I gave up. His solution does not satisfy all of the criteria specified above but it certainly is a step in that direction. I might post an update here when I get the chance to try it out myself.

The instructions for the mod found on Sleepingelephant are really good. If you intend to try it yourself, you must definitely read them first! To supplement them, I’d like to share the pictures I took during the process because they might make it even easier to follow along. 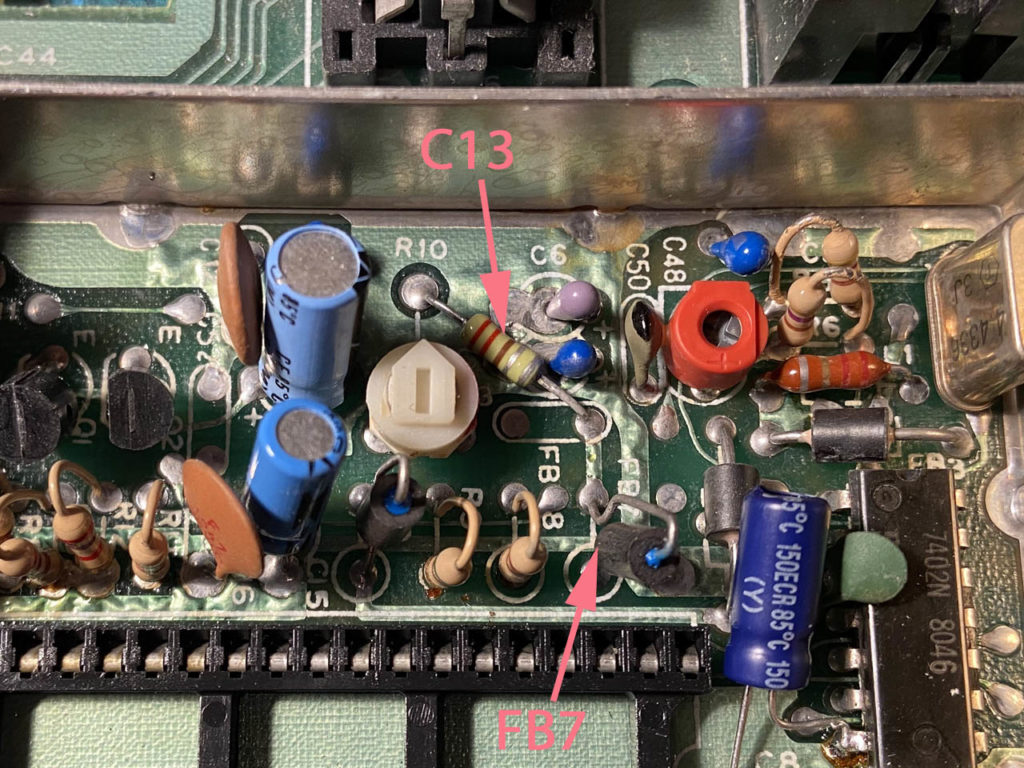 We need to desolder and remove C13 and FB7. 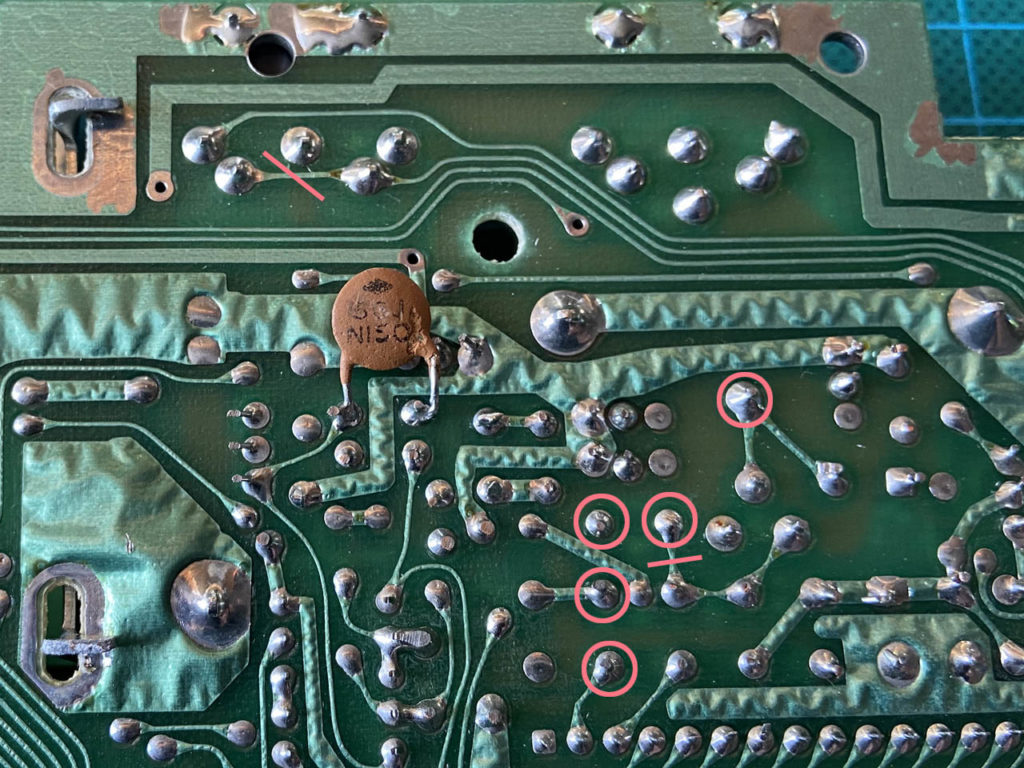 To do so, desolder five connections marked with a circle and cut two traces. 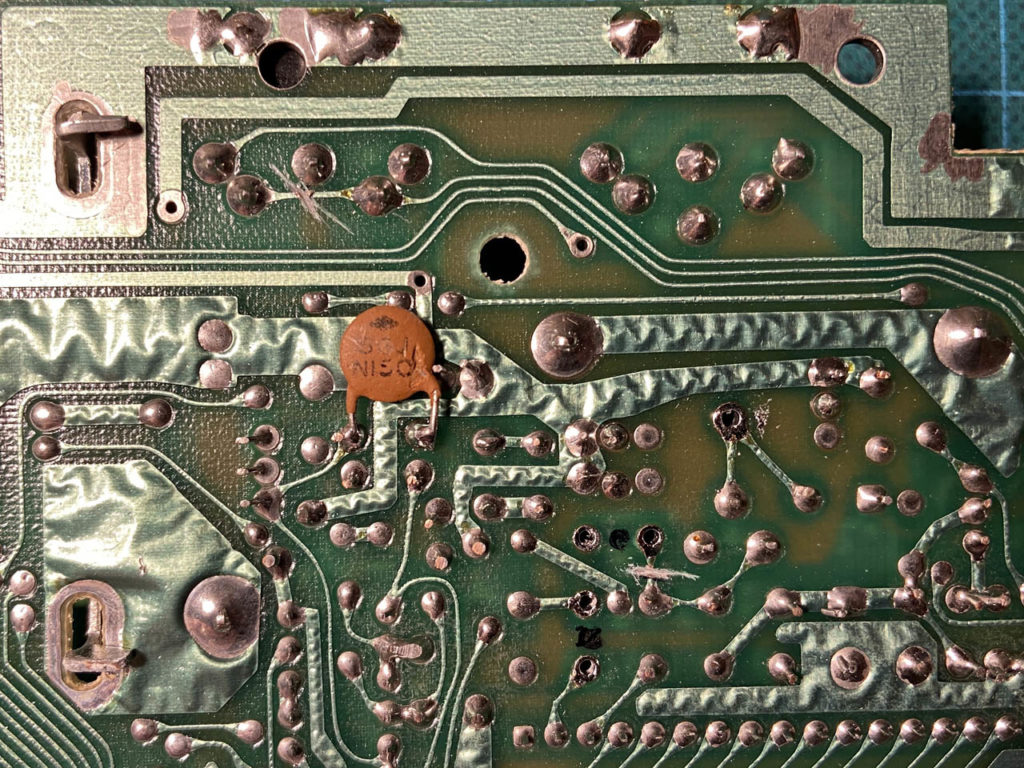 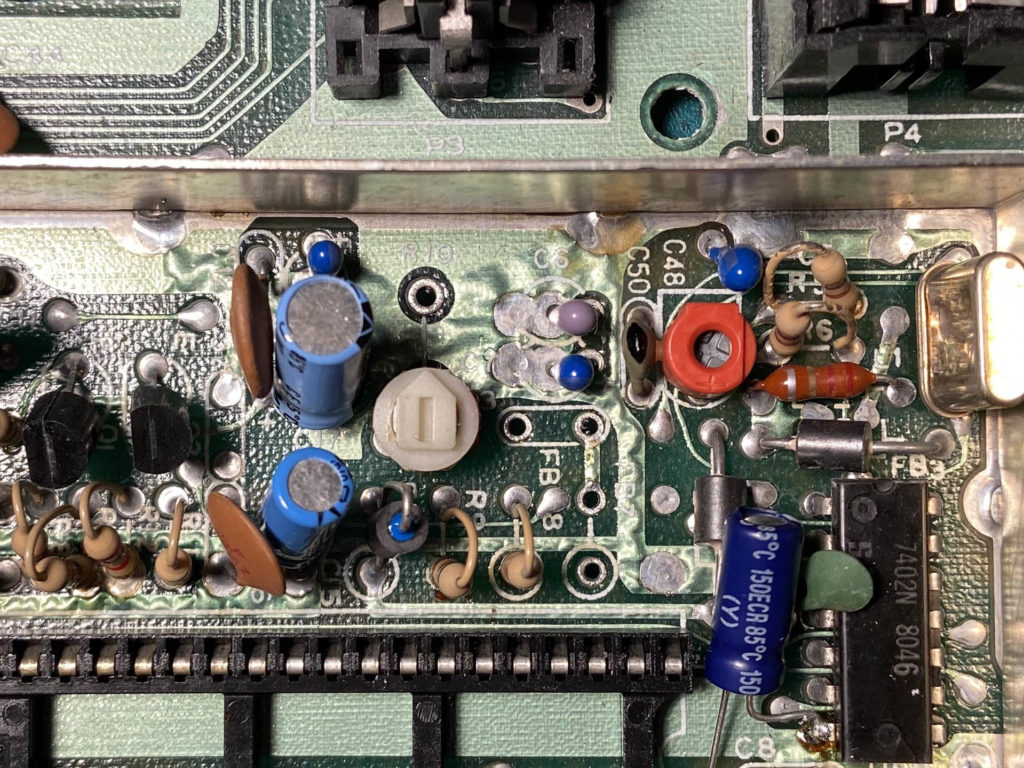 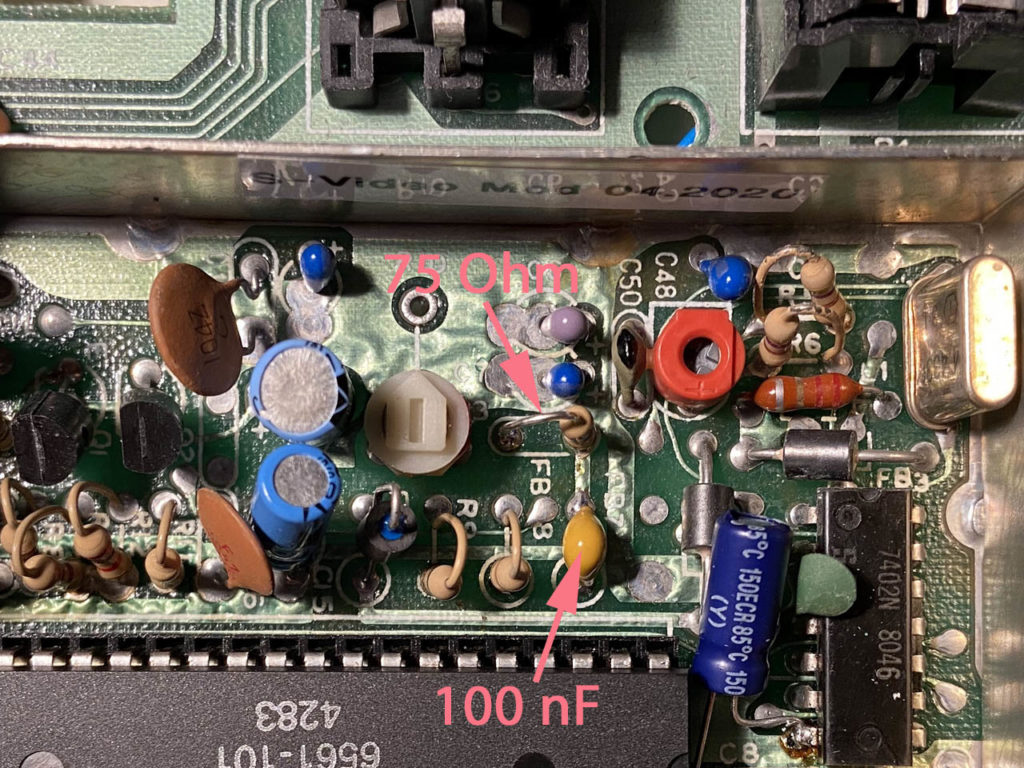 Add a 100nF capacitor and a 75Ohm resistor like so. 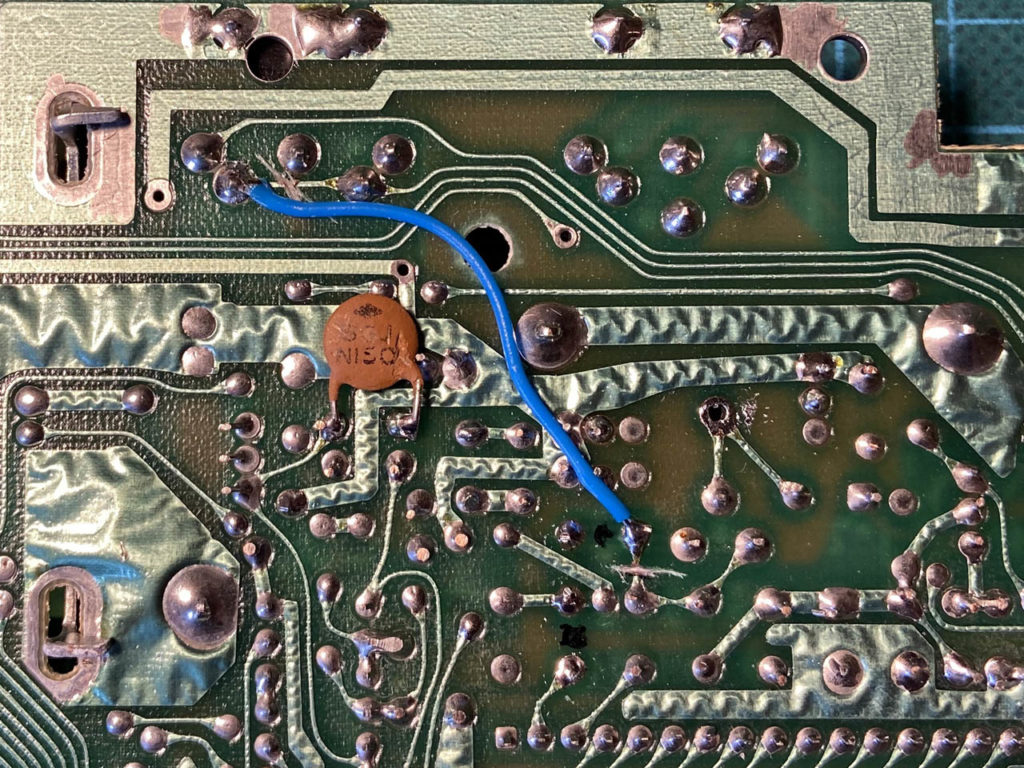 Finally, solder the botch wire to the bottom of the board.