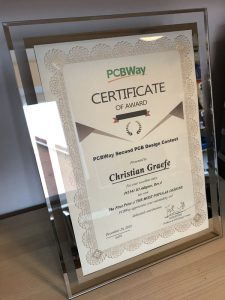 Today, I’d like to share some brief news and updates on multiple topics. First up is some exciting news. Last year, when I created and shared the Pi1541io layout I had those boards made by PCBWay and I entered their 2nd annual design contest on a whim with the popular revision 4 of the Pi1541io. And what do you know? Shortly before Christmas, I received an email from Eric of PCBWay who is letting me know that my board actually won first price in the category Most Popular Designs!

Yesterday, I received the “Certificate of Awards & Honors” which I will proudly put up on a wall in my workshop.  A huge thanks to PCBWay and to all of you who contributed by building a Pi1541io adapter board! Of course I will also make sure that Steve receives a fair share of the price, his project allowed all of this to happen in the first place.

Speaking of the Pi1541io board: I’ve been working on this project some more during the last few months and I created a new revision 5 of the board. It features mostly minor changes and optimizations to the layout of the components. 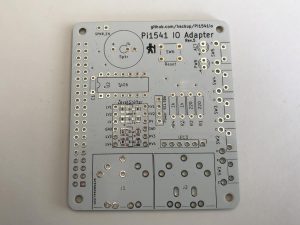 I’ve already had some early feedback on Forum64 but I didn’t mange to test it myself, yet. In the meantime though, I learned that Steve is planning for some major software updates that would require changes to the hardware as well. So, I’ll wait a little longer to see what is coming. It might well be that the next public revision of the board will be 6 instead of 5.

A Case for the TapecartFlasher Nano

Finally, I decided to invest in a 3D printer! So among other things, I was able to design a case for the TapecartFlasher Nano project. This turned out a little bit of a challenge because the PCB isn’t really made to fit into a case. 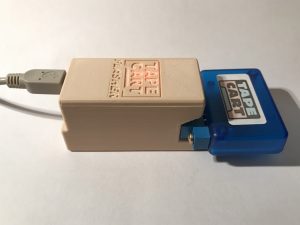 If I had owned a 3D printer earlier I probably would have considered this when designing the PCB. Oh well. Now it takes some skill and patience to fit all the components into the case but the result is okay for me. The STL files for the case are available on Thingiverse now for anyone who dares to try.