It’s been over four years now that I created the SyncFix64 module in order to connect a cheapo car TFT display to my C64. This setup has served me well and it helped me repair quite a few motherboards since then. A few years later, when I got my first VIC-20 the display again failed to show anything despite the integrated SyncFix64 module. That was kind of disappointing, but I was lacking time and motivation back then to investigate further. 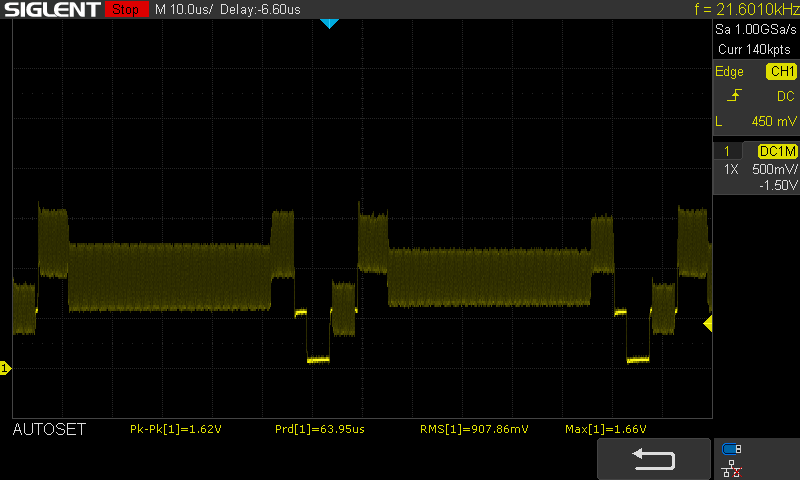 Composite video signal from a C64 as opposed to…

Recently though, a couple of VIC-20 motherboards in need of repair found their way to my workshop and a few others might follow. So I had to follow up this issue and make sure that my testing display is up for the job. It looks like even the LM1881 used to fix the vertical sync is unable to detect it in the VIC-20 signal. 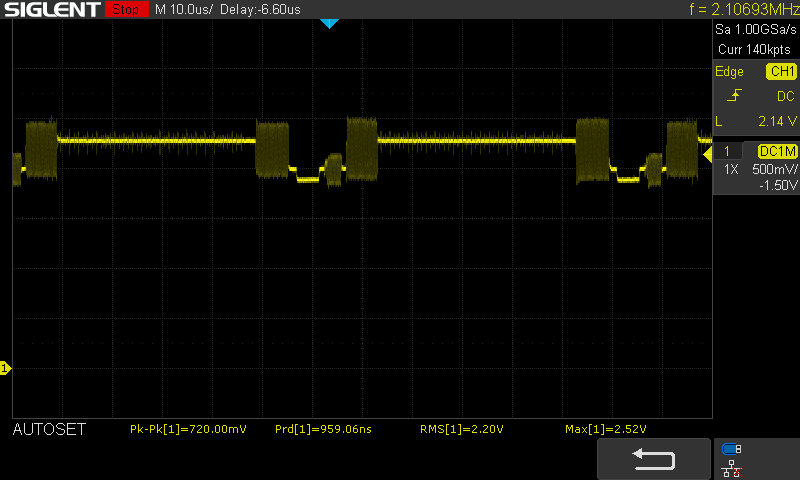 The first two images show scan lines from the composite video signal of a C64 as opposed to those from a VIC-20. The first noticeable difference is that the signal from the C64 lies roughly between 0V and 1.6V whereas that from the VIC-20 strangely ranges between 1.8V and 2.5V.

The offset from 0V very likely was not what prevented the LM1881 from detecting the VSync. That offset would be removed anyway by the capacitor on the input line of the SyncFix64 module. Then I remembered the THS7314 video amplifiers that I bought and didn’t need 4 years ago. 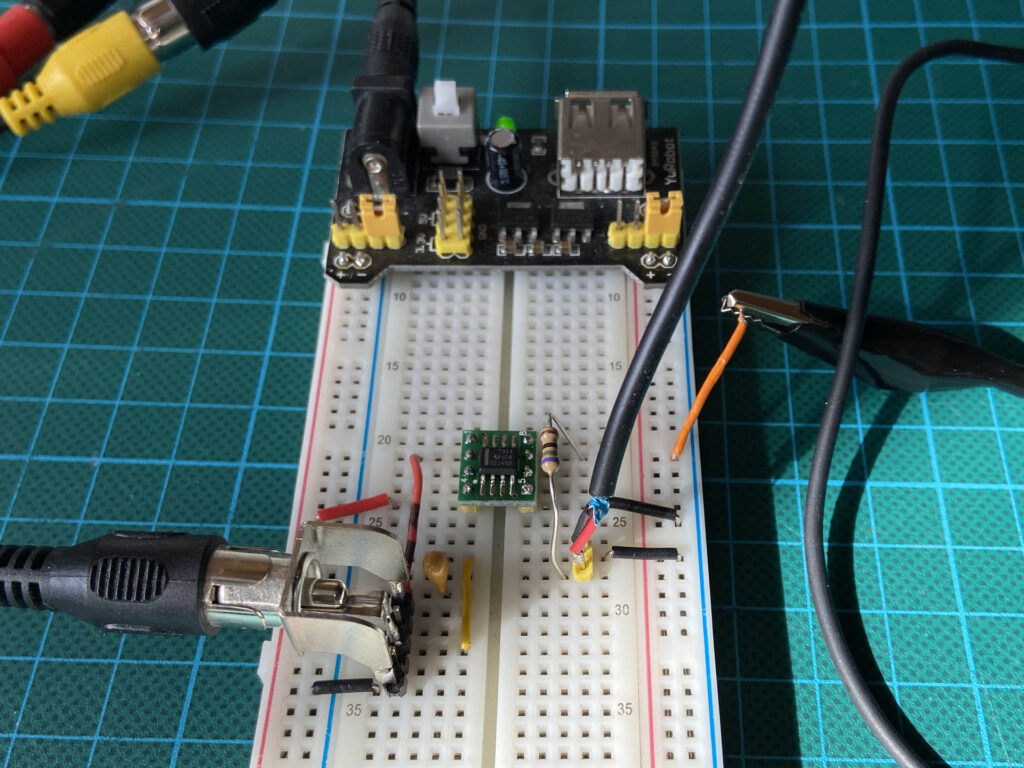 The THS7314 on a breadboard

I decided to give this a quick shot on a breadboard and just feed the output from the amplifier to the input of the SyncFix64 module. To my delight, this did yield instant results and I got an image on the cheap TFT display! 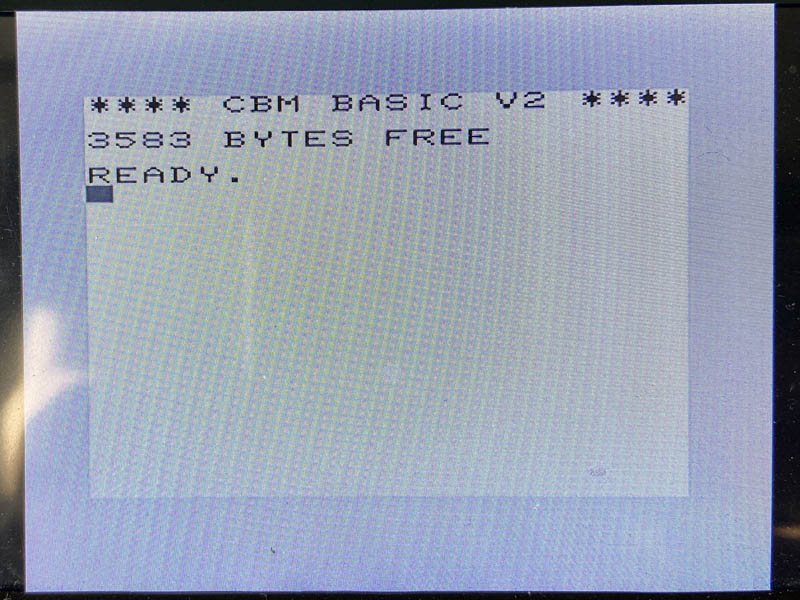 The VIC-20 start screen on the TFT display

I then experimented some more, trying to adjust and filter the signal in simpler ways. But using a THS7314 or THS7316 was the only way I could get the LM1881 to find the sync. It seems like without the amplification it is just below some kind of threshold. After all, when I look at the signals I can spot no other significant difference. 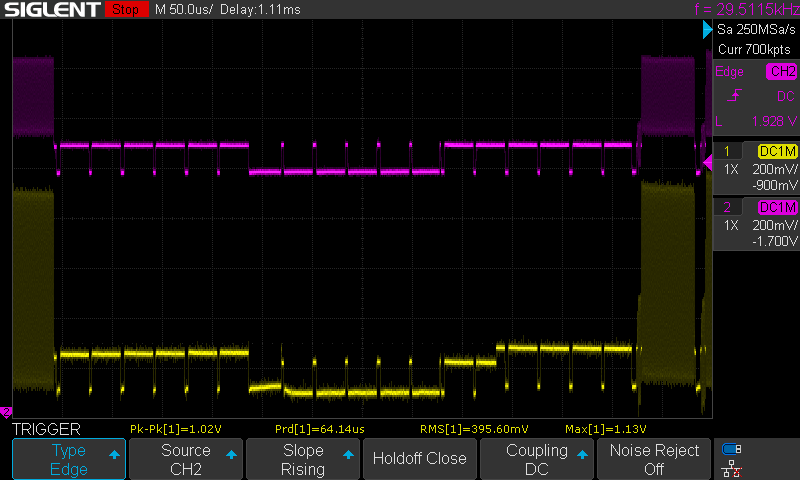 Next, I lumped together an improvised amplification “module” which I then integrated into the TFT display along with the SyncFix64 module. 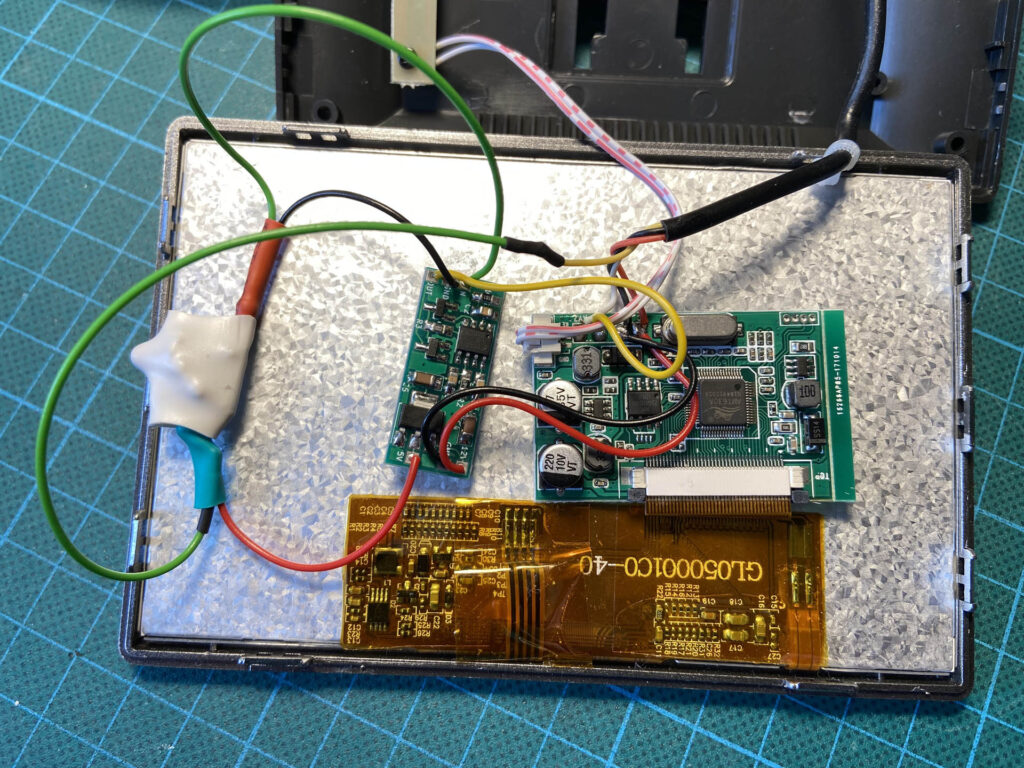 Later on though, I found that the additional amplifier would cause issues when I connected (some?) C64 motherboards which had worked fine with just the SyncFix64 module. The next step will probably be to make the amplifier switchable.

Also, the vertical sync is still not perfect. There are certain artifacts at the top edge of the screen and sometimes the display will even lose the sync. The latter seems to happen mostly when the screen contents is changing rapidly. So, if anyone has some helpful suggestions on how to improve this, I’d be very grateful to get your comments!