After I managed to upload the first sketches to the Seeeduino Stalker last week, I was eager to try the special features offered by this special kind of Arduino platform. I decided to try writing to an SD card first and followed the example included in the Stalker’s documentation. Which turned out to not work at all.

A couple of hours later and looking for errors in all the wrong places, I finally managed to find out how to use the FileLogger library:

If these conditions are met, the following tiny sketch will work just fine and append data to the file:

Update 10/8/12: Please note that this example will work with version 1.0 of the Stalker, only. For newer versions of the board you should try sadfatlib.

A few weeks ago, Seeed Studio were celebrating their anniversary with a bunch of limited offers. Among other things, I acquired a pair of Seeeduino Stalkers v1.0 with an Atmega 168. Unfortunately, the serial interface on those boards is not labeled. So it took me a while to figure out how to connect the FTDI breakout board. With a small adapter board, programming the Stalkers with the Arduino IDE now works like a charm. (Select board type “Duemilanove w/ 168”.) On Friday, I received a late Christmas present to myself: after about 4 weeks of travel, my DSO Nano finally arrived! A long time, but that’s alright, it didn’t take much longer than I had expected. Also, the current weather conditions are not really fit to speed up delivery times.

The oscilloscope and the few other parts I had ordered were well packaged and thus arrived in excellent condition. Seeed even replaced the spare probes I had ordered with the adapter I would have liked instead, just as they promised. Unfortunately, my time is somewhat limited right now, so I can’t get to thoroughly trying out my new toy right away. All I managed yesterday, was to install the battery and to turn on the DSO. So far, everything seems to be working fine.

Oh, I really like the white box that the DSO is packaged in. Very professional!

I always wanted my own oscilloscope. Not that I really needed one or missed it more than a couple of times. But you can never have enough tools! What kept me from ordering one or from buying a used one online so far, was not so much the price. It’s the fact that the space I have to keep my tools is somewhat limited. A regular oscilloscope would be yet another big box standing in my way and gathering dust most of the time. Then, a few month ago, a post on hack-a-day pointed me to Justblair’s review on the DSO Nano. Justblair got his hands on one of the “beta test” models of the DSO Nano, a brand-new pocket-sized digital oscilloscope developed by Seeed Studio. While it has a few limitations and draw-backs, it’s size and the price tag of only $89 do make it a really interesting option. When I checked back two weeks ago, I noticed that Seeed Studio was accepting pre-orders for the final version of the DSO Nano to be shipped on December 10th. So I had to order one.

The probes that come with the DSO Nano are supposed to be rather basic, which is alright at that price. Seeed Studio offers a BNC adapter, allowing standard probes to be connected to the DSO Nano. Unfortunately, the adapter was sold out the day that I placed my order. When it was back in stock a couple of days later, I sent an email, politely asking if they could replace the spare probes that I had ordered with one of those adapters. They are both the same price. My email was answered quickly, and Xiang Fan promised to update my order. Great customer service!

By now, the DSO Nano seems to be ready, and the shipping seems to be in progress. I can’t wait to try it out. But it probably won’t make it all the way to Germany before the beginning of next year. Well, you always need something to look forward to.

END_OF_DOCUMENT_TOKEN_TO_BE_REPLACED

The XA1541 cable is an adapter connecting the Commodore 1541 disk drive to the parallel port of a PC. While there are other solutions, the XA1541 is easy to build and reported to work with most (all?) parallel ports found in today’s PCs. 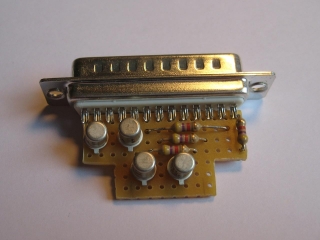 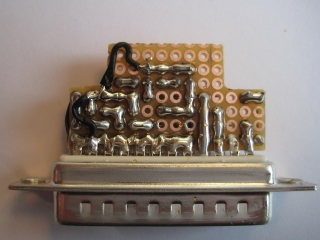 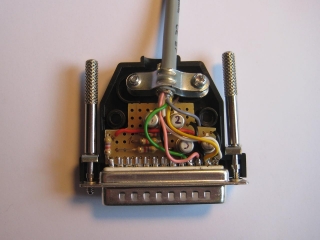